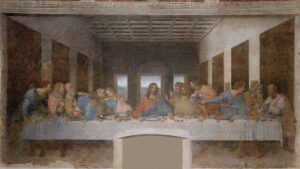 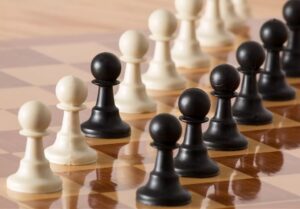 Definition of Emphasis in Art

Emphasis is the breaking in the rhythm of the viewer’s attention. Or an interruption in pattern or movement of the viewer’s eye through the composition. It is also known as the Focal point of art.

What does emphasize mean in art?

Every Painting has its own story, isn’t it? And we knew that in every story there is the main character, secondary characters, other side characters are included.

These characters are not necessary to be a person, they can be a thing, an object, or just a patch of colors on canvas.

So in paintings, we have to highlight our main characters. That’s why we use the emphasis in the art to grab the viewer’s attention to a certain focal point with visual elements.

In some cases, there is more than one emphasis on art. Which follows the viewer’s attention in pattern or movement.

What are the types of emphasis in art?

There are many ways to create an emphasis on art. I have shown these 10 types of emphasis which you can use in your artworks.

How to create Emphasis in Art?

With the help of these three elements, you can create emphasis in your art.

In the reference image below, you can clearly see the example of emphasis through creating contrast. The white flower in the center has a bright color than others which grabs your attention and the orange flower on the top is more saturated than the other which grabs your second attention.

As we can see in the image, If we separate our main character from others it automatically drives your attention. You can use this technique in many different ways such as isolating the color separately or make a character alone.

‘ The Last Supper ‘ this artwork made by Leonardo da Vinci is the best example of Perspective drawing. You can see the imaginary lines are made up of roof design(Upside), windows(on both sides), and Jesus’s hands. these lines are clearly directed towards Jesus’s face. And this is the focal point of the painting.

This is also one of the easiest ways to create emphasis in your art.

Look at the image below, you can clearly focus on this black Pawn. Which is unusual to see. Your first thought after seeing this is ‘Betrayal’ isn’t it?

Depth of field also matters in grabbing the viewer’s attention. If a character is closer than the background then we have to make more details on the character a less or minor details the background. We can see this technique in high-resolution images which are captured by high-end cameras.

A famous example of this technique is the Painting of ‘Monalisa’

This method is followed up by the Depth of field technique. which we have seen before.

In this image below you can see, in the first image, the texture or thickness of paint is given to the sphere which is behind or far away from the viewer which is the wrong way. In the second image, we can see the correct method to give texture and add depth to your painting which grabs the attention of the viewer to your character.

In the image below you can clearly focus on the face of a lady. because it’s directly under the sunlight unlike other elements are dark. And because other sunlight colors on the face are becoming more saturated and vibrant so it’s pop out from the image.

Size is also matters when you have to emphasize your character. You can show your character is bigger than others or relatively tiny according to situations.

In the image below the small man grabs your attention because he is relatively very small to those mountains & the big sea waves.

In this image below you can see the reputation of patterns, which grabs the attention. This technique is used in illustrations, mandala art, and designs, etc.

To create emphasis in your art you can use Contrast, Isolation, Perspective, Depth of field, Texture, light, size, placement, repetition of these elements are in your main character. Which upholds the story of your painting.

Thanks for reading,
Rohan